As the iconic Italian scooter manufacturer celebrates its 75th Anniversary, we take you on a trip down memory lane. 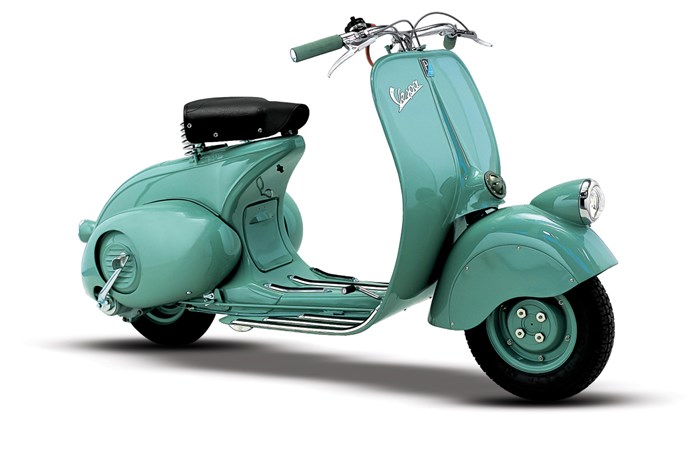 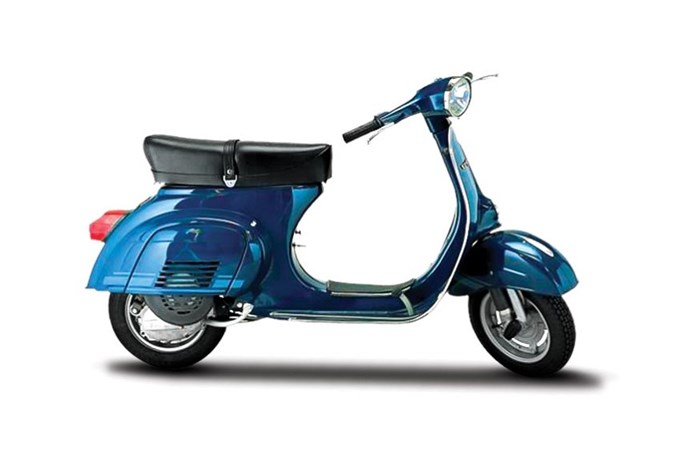 The Vespa Primavera ET3 was highly successful due to its small size, agility and road holding abilities 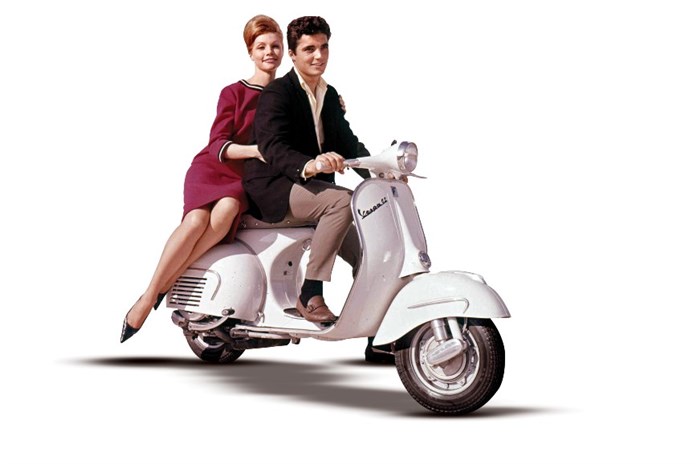 The Vespa brought affordable transport to the masses.

“Sembra una Vespa!” exclaimed a startled Enrico Piaggio as he lay eyes on the MP6 prototype scooter that stood before him. For the uninitiated, Vespa means Wasp in Italian and Piaggio instantly remembered the insect when he saw the scooter’s design.

Little did he or the Vespa’s creator, Corradino D’Ascanio, know that they had laid the foundation to a scooter brand that will go on to celebrate its 75th Anniversary in 2021. How is it that a humble scooter managed to capture the hearts and minds of millions around the globe? Well, let’s back this truck up, shall we?

The 1940s was a torrid time in Italy, with the war taking its toll in every way imaginable. The economic turmoil was hard, and amidst this pall of gloom, Enrico Piaggio envisioned an affordable two-wheeler for the masses. Something that will help Italy set out on a path of recovery.

With D’Ascanio putting his aeronautical engineering knowledge to use, he designed a scooter that was revolutionary while simultaneously as simple as possible. The first Vespa was born in 1946, with the production commencing at Pontedera, Italy.

The Vespa received its name due to the shape of its body. Piaggio thought that the front apron and the steering resembled a wasp’s face with an antenna. The floor board seemed like the narrow waist of the insect while the flared and swooping rear end comprised the rest of the body.

The Vespa’s design had character imbued from the very beginning, and it was instantly recognised on the streets of Italy. Not to mention, the loud and iconic sound of the 98cc, two-stroke engine that would’ve added to the effect of the Vespa resembling a wasp. 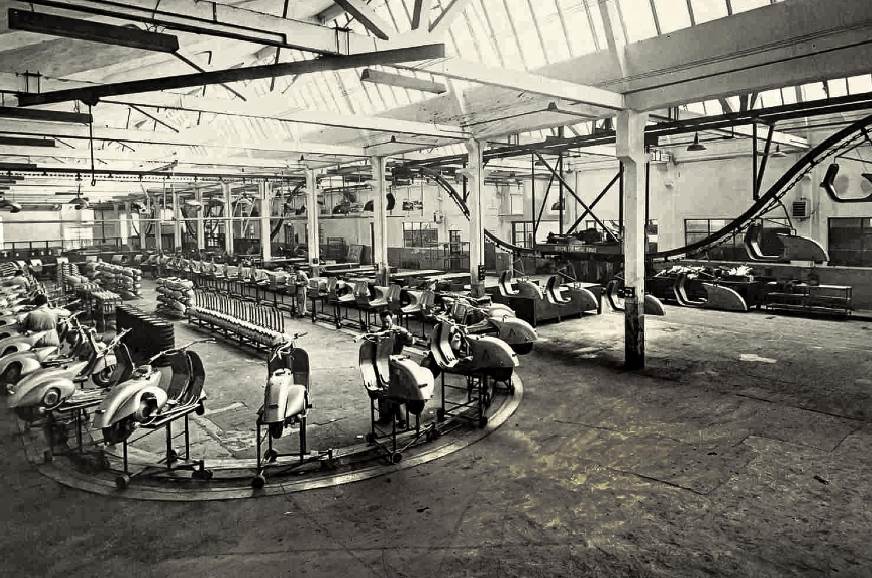 Back in the day, the Pontedera factory had an assembly line churning out Vespas.

Just like its simple yet beautiful design, the first Vespas were an example of frugal and effective engineering. The horizontally mounted engine sent power to the rear wheel through a 3-speed transmission. The gears were located on the left twistgrip and it was easy for anyone to get on one and get used to it in no time.

In essence, Vespa made motoring accessible to a wide audience, while being affordable and enjoyable at the same time. Riding one felt like freedom to many and it ushered in a new era of mobility.

EVOLUTION OF THE REVOLUTION

As time progressed, the Vespa evolved by getting bigger engines, more efficient cooling, and improved suspension. There were changes to the chassis as well, like on the 1967 Vespa Primavera 125, which got a longer frame and wheelbase.

But the original formula of a pressed steel structure that integrated the frame, body, and powertrain with the rear wheel remains. In fact, the Vespa was one of the first vehicles of its time to use monocoque construction, something that’s seen even in today’s Vespas.

Some of the most notable additions and improvements made to Vespas in the early years included the addition of rear suspension in the 1948 Vespa 125 and a 150cc engine in the 1955 Vespa GTS. That scooter also got a long saddle and a faired handlebar headlamp unit.

What some may not know is that Vespa also ventured into the car market. At the peak of Vespa’s success, Piaggio and Corradino D’Ascanio designed the small Vespa 400, a car with a two-stroke engine in the rear. It was launched in 1957 and Piaggio produced 30,000 units of this model. 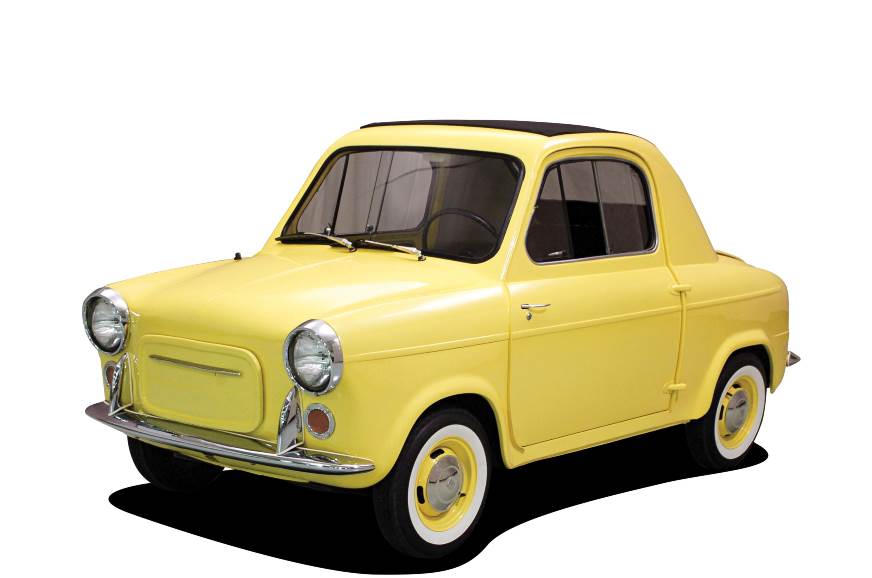 The Vespa 400 was the company’s first car and had a two-stroke engine in the rear. 30,000 units were produced.

As emissions tightened, two-strokes were replaced with four-strokes. The Vespa also grew in size, going on to be categorised as small-frame and large-frame variants, the latter being powered by 150cc to 200cc engines.

However, as the wheel of evolution spun, what remained constant was the Vespa’s design. There was nothing quite as charming as the Vespa when it came to scooters and many rivals have taken inspiration since. This probably explains why it also served as a stylish cinema prop in many movies, both in Hollywood and Bollywood.

Speaking of Bollywood, Vespa’s tryst with India began in the 1960s when Piaggio first licensed the production of Vespa scooters to Bajaj Auto. The scooter sold in decent numbers, and there were huge waiting periods, as was common back then. However, in 1971, changing government policies led to the demise of the Piaggio-Bajaj partnership. 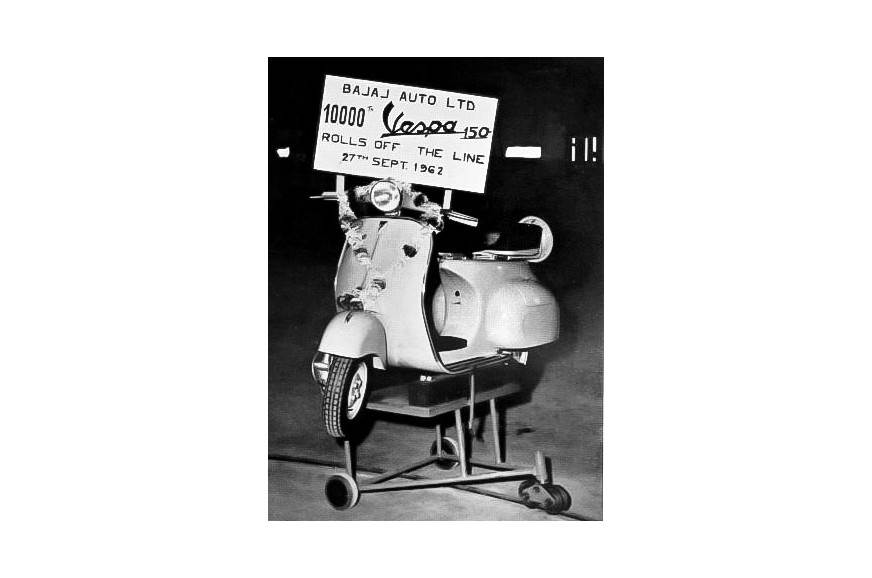 Even then Bajaj continued to produce scooters based on the Vespa design, under the name Chetak. That scooter was incredibly successful and its affordability helped put the masses on wheels – in fact, it was the first vehicle my father bought. To say that there is a deep connection with the Vespa in the hearts and minds of us Indians is an understatement.

The company returned to India in 2012, and while its sales numbers aren’t huge, it has managed to carve a niche for itself with its premium and highly priced scooters.

At the turn of the millennium, Vespa’s designs evoked a sense of modernity while retaining the unmistakable silhouette of the scooters from the bygone era. Bold new colours, bigger and more powerful engines, alloy wheels, disc brakes, fatter tyres, better suspension, improved quality; the Vespa kept evolving and appealing to the palette of the younger generation.

The Vespa 946, for instance, was designed as an ode to the original 1945 MP6 prototype. It featured similar design cues, like the cooling fins on the sides of the engine covers. At the same time, its modern-day touches, like the floating rider’s seat, looked classy.

It may not have been a high-end luxury good, but the Vespa was always a darling of the fashion and couture world. Based on the very same scooter, Vespa launched the stunning 946 Emporio Armani Edition in 2015. A similar collaboration with Parisian design house Christian Dior resulted in another special edition Vespa 946, and it’s associations like these that are very rare in the automobile world. 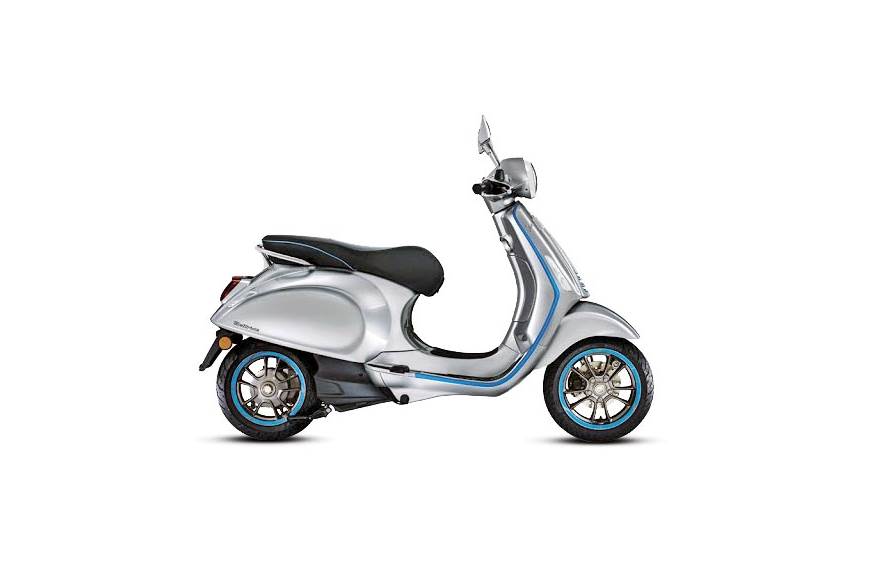 The Vespa Elettrica marks the company’s foray into the EV market.

In more recent times, Vespa hopped onto the electric vehicle or EV bandwagon with the Vespa Elettrica. Available in two trims and powered by a Lithium-ion battery, it is among the most elegant-looking electric vehicles around. Eventually, India will also have its own electric Vespa.

A SLICE OF NOSTALGIA

All said, while Piaggio strives to keep Vespa relevant with the times, there are people who have kept the old generation of Vespas alive and how. There are a number of Vespa owners clubs across the globe that treasure the Vespas from yesteryears. These old gems are painstakingly restored to their former glory, and some even go to the extent of personalising their scooters in quirky and wonderful ways.

Owners who collectively call themselves “Vespiti” add lights, windscreens, various racks, stickers and even white wall tyres. To them, the Vespa is a beautiful canvas and an extension of themselves.

It’s no wonder that even after 75 years, the cult is still alive, with passionate Vespa owners swearing by their humble machines.

What started out as an affordable means of transport in 1946 has snowballed into one of the most recognised and revered two-wheeler brands, with 19 million units being sold to date. At present, the company claims Vespas are sold in 83 countries, and on every continent – that probably excludes Antarctica. 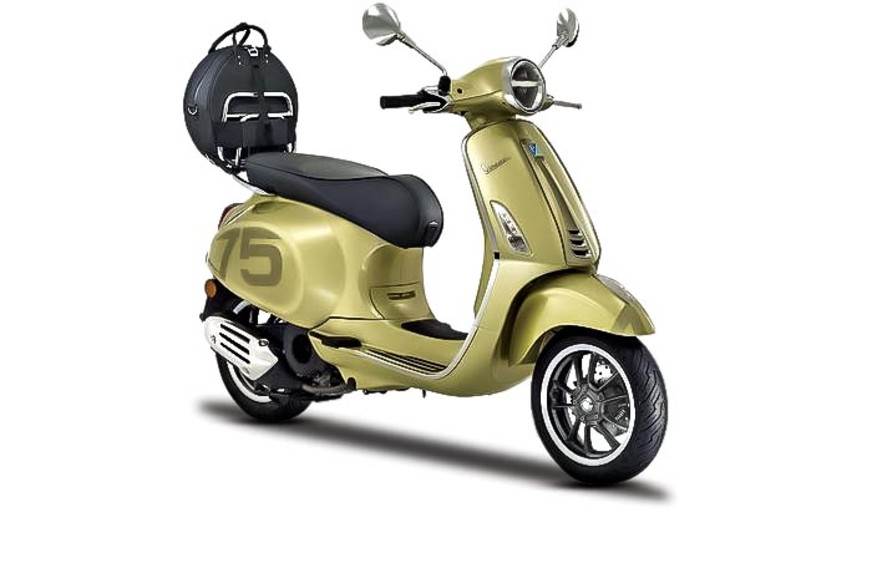 On April 22, 2021, Vespa rolled out its 19 millionth scooter, a Vespa GTS 300 in a special 75th Anniversary celebration colourway.

It is a testament to the fact that a great design, easy rideability and a name steeped in history appeals to the heart rather than the head. There may be better scooters than a Vespa, but there can’t be anything else like a Vespa.