We go back into the ’70s to experience some of the most marvellous German motorcycle engineering of the time, the 1975 BMW R75/6. 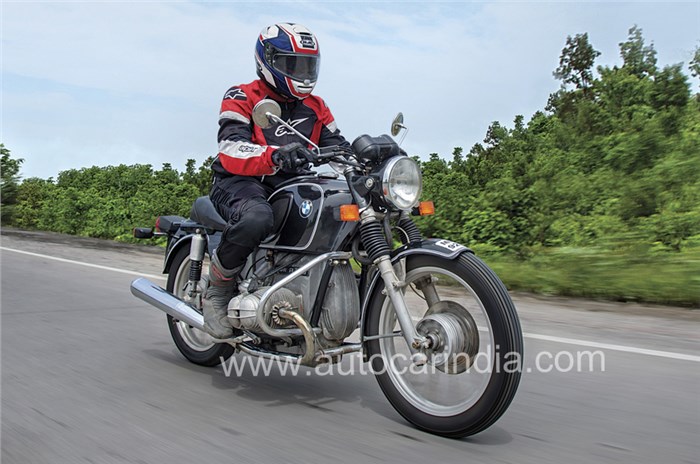 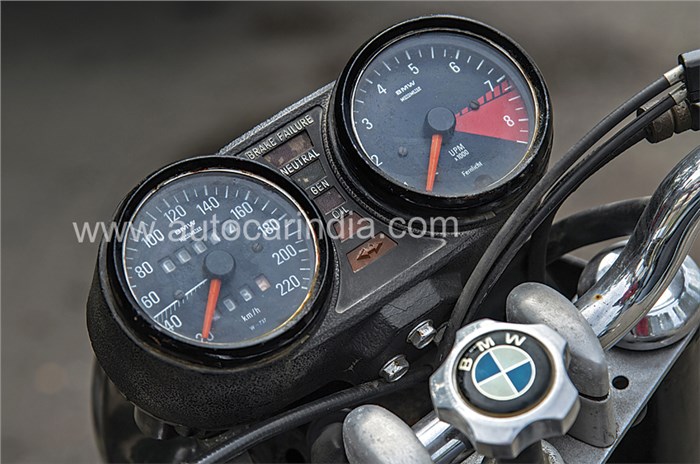 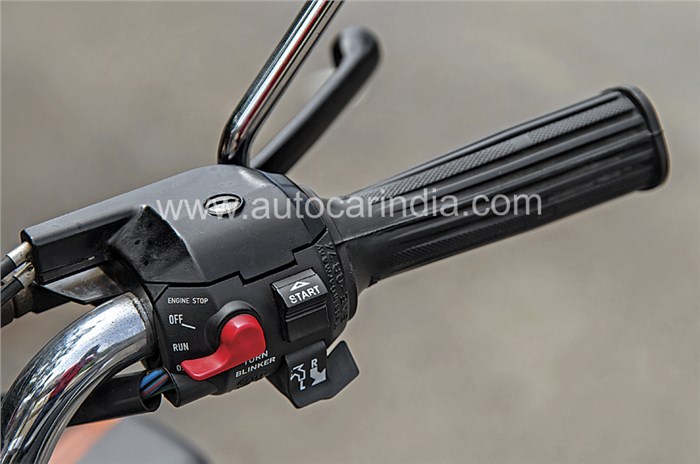 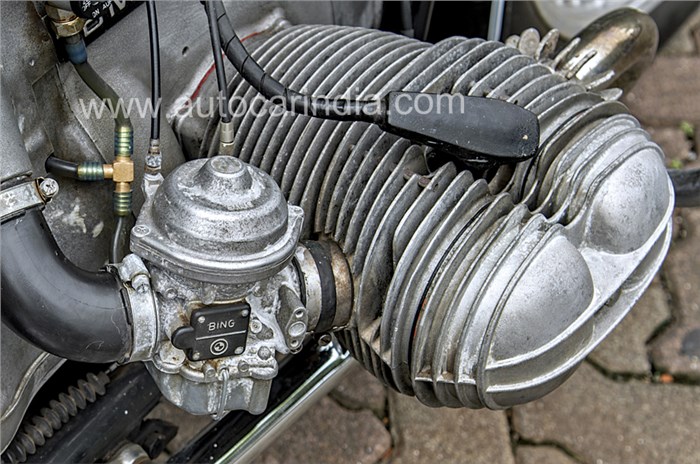 Treasures come in many different forms and they don’t always mean heaps of glistening rare metals and gems. Sometimes different elements come together in an orchestra of moving parts to form something exquisite and rare. And here we have one such beautifully engineered treasure that’s been around since the 1970s – the iconic BMW R75/6.

The first motorcycle to bear the BMWname was the R32, with its signature opposed flat-twin engine layout from the company’s chief engineer of the time, Max Friz. With a near-100kph top speed, the R32 set the tone for future generations of BMW’s boxer-twins all the way back in 1923. Fast forward almost 50 years later to Spandau, Germany, 1974, and the /6 series of BMW’s ‘R’ series commenced production. The /6 series meant the introduction of the front disc brake and the elimination of the kick-starter.

Enter the 1975 BMW R75/6 model, the one we have right here, used by the French Police during that era, and then discovered in Ludhiana by current owner, Purazar Fouzdar, in 2012, in a dilapdated state. While the bike was transported to Mumbai, Purazar spent a painstaking amount of time seeking out original components of the motorcycle from Austria and Germany, all the way to Australia, a whole hemisphere away. Restored impeccably to its former glory in a joint effort by Joshua Crasto of Garage 52, who worked on the engine, and Shail Sheth of Bombay Custom Works, who did the cosmetic restoration, this R75/6 transports you back in time.

When Purazar rolled up on the motorcycle, I couldn’t help but stand there transfixed for a few minutes. This is a bike from the glory days of motorcycling, a time before it was necessary for electronics to compensate for human error, a time when the owner themselves could sit and study the workshop manual and work on their own machine, a time when they would form an eternal bond with their bike. From the Bumm mirrors and the Hella headlight and indicators, to the original BMW seat, almost every part on this motorcycle is exactly what it would have been when it rolled off the factory floor 42 years ago.

With its boxy 18-litre tank and low-slung stance, this was what a typical sports touring machine looked like in the ’70s. While the side silhouette of the motorcycle has a distinct vintage look to it, a slightly different angle will reveal its unique boxer-twin engine layout; and boy does that make you want to stare. Sitting ostentatiously under the tank is the single engine and gearbox unit with the opposed cylinder heads protruding from either side of the motorcycle. On the engine casing, proudly sits the original metal plate with the ‘BMW R75/6’ badging.

At the heart of the R75/6 is a 745cc, opposed twin-cylinder, four-stroke, air-cooled engine. And although, at first, the design seems awkward and more of a novelty concept, having the cylinders sticking out of the sides of the motorcycle actually has quite a few benefits over a conventional V-Twin or single-cylinder engine. Firstly, the cylinders tend to have better cooling. The centre of gravity also happens to be lower, which results in improved handling. And another brilliant part of this engine lies concealed within it; this design allows for the camshaft to be mounted under the crankshaft for improved lubrication. The cylinder heads use hemispherical combustion chambers with pushrod-actuated overhead valves and are fed through dual 32mm Bing Constant Vacuum (CV) carburettors. This specific motorcycle, however, has upgraded carburettors and Wossner racing pistons for increased performance. In its stock form, the R75/6 has an output of 57.3hp and 60Nm of peak torque.

Since the crankshaft is in line with the frame, the five-speed transmission is directly connected to the rear of the engine via a single-disc dry clutch. The transmission connects to the Cardan-type shaft drive which transfers power to the rear wheel. The shaft drive makes for less moving parts, reduced maintenance, and a smoother transfer of power from the engine to the transmission. Despite shaft drives generally having a tendency to torque steer, or pull to the right under hard acceleration or high revs, this motorcycle didn’t seem to display any of these issues.

Once you get on the R75/6, you’ll notice the seat is quite high. At 810mm, it’s a bit taller than most vintage motorcycles. The riding position has you sitting in an upright position with your arms stretched forward to the fairly narrow handlebar. Your feet are slightly angled downward to the gear and brake pedals as they sit nestled below the engine cylinders. Overall, this is a very comfortable riding position and would be ideal for touring. The bike weighs in at 210kg, which isn’t too heavy for a 745cc motorcycle from that era. With the low centre of gravity and the neutral riding position, it is surprisingly nimble and easy to handle.

Crank it up with the electric start and the R75/6 starts like any modern-day machine. It then settles into a sort of pulsating chug that smoothens out beautifully, once the revs climb, into a low-pitched rumbling growl. Once you get moving, the bike has a very solid feel to it and doesn’t emanate those immense vibrations or engine noises, like many old motorcycles do. And despite your legs being in such close proximity to the cylinder heads, you don’t really feel much heat coming from them. The torquey boxer-twin, coupled with the shaft drive, gives you an almost locomotive-like, strong and steady acceleration through the well-proportioned gear ratios. Though the shifts are a bit clunky and there seems to be a false neutral between the second and third gears, it’s nothing overly problematic.

The ride does tend to be slightly on the stiffer side, but front-end feel from the 19-inch wheel is relatively good; it almost makes you forget that this is a 42-year-old machine. The cartridge-type telescopic forks at the front and the manually adjustable twin shock absorbers at the rear work reasonably well. A nice touch is the lever on the rear shock absorbers to adjust them, instead of needing a spanner for the same task. The R75/6 also gets a 200mm front disc; it may not be at the level that current disc brakes are at, but it certainly does a decent job of bringing this 210kg mass to a halt, once it’s well heated. The rear gets a 200mm drum brake.

Overall, the R75/6 is an excellent machine. It manages to achieve what most of the new retro-styled bikes set out to do – have a classic look with modern handling. It’s one of the most understated, well-thought-out classic motorcycles I’ve ever had the pleasure of riding. The R75/6 manages to ride and operate just like a modern motorcycle, while still giving you a taste of the rich history of BMW and its sensational boxer-twin engine.