What the Mahindra Bolero Neo and Maruti Alto have in common

It may not seem so, but the Mahindra SUV and Maruti hatchback have a similar story to tell. 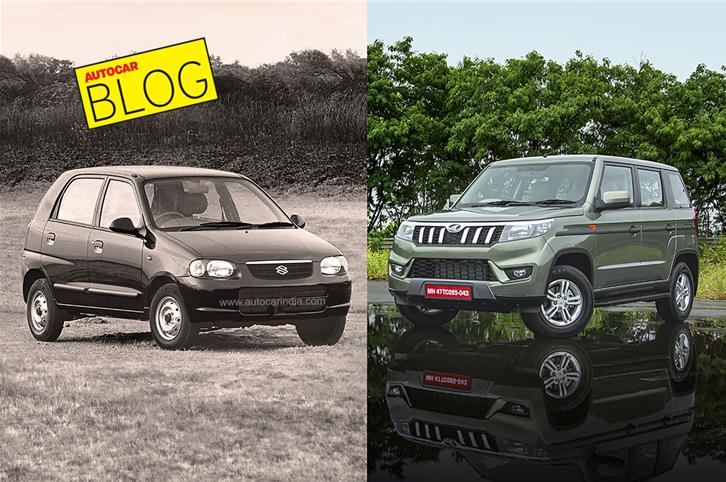 Here’s some trivia – the extremely popular Maruti Alto wasn’t a runaway success from its inception, it was far from it. Believe it or not, in the early 2000s, even a brand like Maruti struggled to convince buyers to pick the Alto over the iconic Maruti 800, despite the former looking fresher, having superior engine and gearbox options, and offering more features at a small price premium over the 800.

It was only after some strategic measures by Maruti, like narrowing the 800’s range, introducing more affordable Alto variants, that the latter’s sales finally gained traction. With aggressive marketing and a strong sales push, three years after its introduction, the Alto finally managed to dethrone the mighty 800 to become India’s bestselling car.

Drawing a parallel with the Alto, the TUV300’s story so far strikes some similarity with the Alto’s days of struggle. The TUV300 found little acceptance in the market, despite its merits, and as a result the company temporarily pulled the plug on it in 2020. Of course, blame here must lie with a faulty messaging, Mahindra positioned the TUV as a contender to the city slicker SUVs, rather than position it as the rough and tough Bolero that it was actually born to be.

With the rebranding now, it is clear that Mahindra has learnt its lesson. The accompanying messaging is also now in sync with the target customer and usage. This should have been done in the first place but better late than never perhaps.

The Neo should capitalise on the Bolero’s success and its strong brand equity, and with a year’s gap before its reintroduction, memory of the TUV could have faded a bit. There is a problem though. How do you convince Bolero loyalist (and there are many) that the Neo is genuinely a Bolero, especially since it bears little resemblance to it in style? Enter the 800-Alto strategy.

Mahindra’s endeavour for the Neo’s success, and its hopes to phase out the old Bolero, is clearly reflected in the pricing strategy; some variants of the Neo actually undercut the old Bolero! Remember, the Neo’s packaging is far more modern and sophisticated, it is loaded with more features, it uses Mahindra's tough-as-nails body-on-frame construction, it gets a more powerful engine (Bolero's makes lesser power), and as far as space and practicality go, the two UVs are pretty similar. So, the Neo is, quite literally, a no brainer.

Further evidence of the company’s intent lies in the fact that the Neo is offered across a wider price band with multiple variants and paint options, while the Bolero is limited to three variant and two paint options.

So, all that’s left now is a strong sales push, similar to what Maruti did with the Alto; and then it’s only a matter of time that India recognises the Neo as the new Bolero.