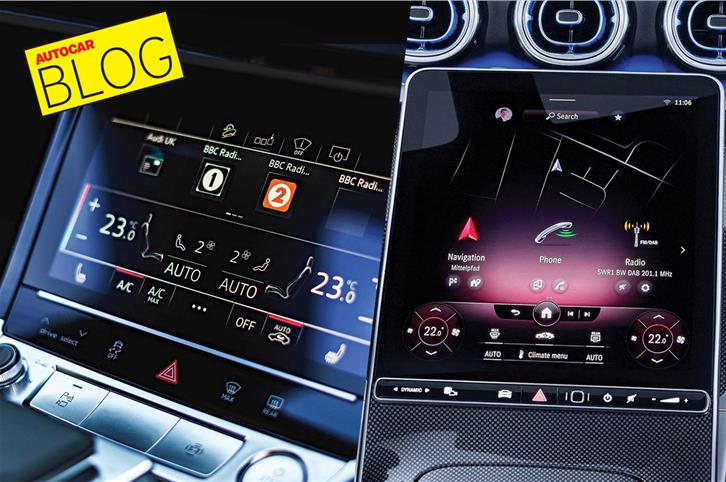 Sergius Barretto talks about how the increasing use of screens instead of buttons and dials, affects safety.

As a parent of two kids who love the outdoors and art, I’m not really concerned about their screen time. As a driver, however, I’m worried about mine. With manufacturers today trying to outdo each other with more and more in-car screens and integrating more functions into them, we are increasingly looking away from the road and staring instead at touchscreens.

The problem is quite simple. Buttons and dials you can feel and there’s always muscle memory to guide you to where they are. With a touchscreen, however, you need to take your eyes off the road and keep them locked onto the screen till you hit that specific area. Then there’s the added element of having to deal with menus to find some controls. It’s all only for a few seconds, but as we know, it’s split seconds that matter, and having your eyes off the road for even a few can mean a potentially deadly crash.

It’s a problem that many are already aware of; Honda admitted that its HVAC touch controls on the previous City were an issue for customers and has reverted to dials instead. It was also heartening to see Audi ditch their new dual-screen MMI setup on the e-tron GT and, in place of the lower touchscreen that controlled the HVAC and other functions, the car has simple, easy-to-use buttons and switches. The UK’s Department for Transport, too, has asked experts to look into how infotainment systems affect car safety.

And it’s here where I hope Global NCAP takes notice. The foundation has done yeoman service in highlighting car safety, and while it was focused on passive crash safety, it’s now expanding its ratings to active safety too. For example, it will award points for seat belt reminders and certain ADAS functions, while also mandating ESP. This a welcome move, but I think rating a touchscreen’s level of distraction would be better still, as it would potentially reduce the number of times an active safety feature would need to step in and correct a driver’s error.

The ratings could include how much time it takes to perform certain tasks, how easy and intuitive is it to find certain set functions within a menu, how legible the fonts and icons are, how responsive the screen is to touch, if there are too many functions built into the touchscreen, and which functions are best left to buttons, dials and switches. It needs a lot of thought for sure, but it can be done. Given the proliferation of touchscreens and the increasing level of dependence on these systems, I think it’s high time we have rules on what a touchscreen can do and a rating on how safe they are. After all, if a car or an ADAS function needs to face a test, a touchscreen surely requires a through screening.