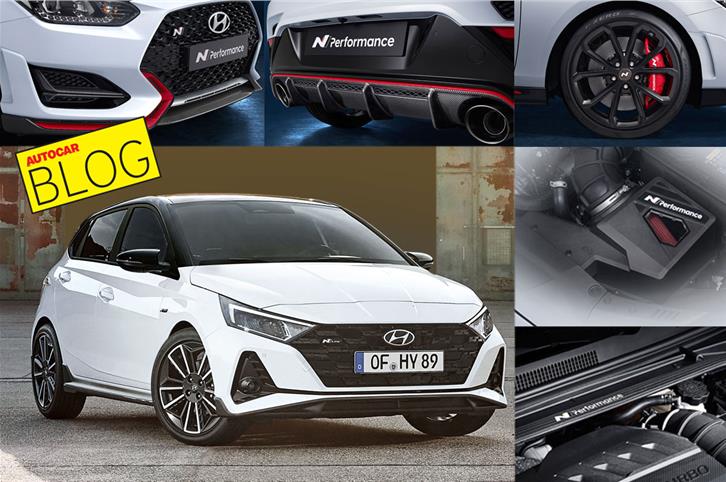 While Hyundai has confirmed its N-Line cars for India, a question mark still hangs over some of its more performance-oriented N cars. Shapur talks about why we need factory made N-Performance cars.

There’s a right way to do a performance brand, and a wrong one. The wrong one involves a lot of badges and stickers, but no real changes to the car. No sporty bits on the outside, no upgrades to the cabin and no performance enhancements. Otherwise known as ‘sticker jobs,’ these ‘marketing’ exercises achieve little.

Doing it right is much more difficult, and much more expensive. Most committed performance brands have their origins in motorsport programs. BMW’s M, Merc’s AMG, Skoda’s VRS, and Ford’s RS can all trace their origins back to racing.

Hyundai has taken the plunge too. It has competed at the highest level and even has two manufacturer titles at the World Rally Championship (WRC). This is huge, especially for a company once infamous for making cars that handled like ‘soggy toast’. To Hyundai’s credit its motorsport and WRC success also has a real connect with its cars. Its N cars are built around high performance engines and suspension systems, and deliver loads of driving pleasure.

A lot of that has to do with the team of engineers Hyundai has put together to develop its N cars. Drawn from other performance car brands like BMW’s M-division, this no-compromise bunch of petrol-heads has built massive respect for Hyundai. And it isn’t all about the numbers. Rather than focus on outright performance, the N cars are made to be fun-to-drive first. “Every N car loves cornering, hence the nickname, ‘Corner Rascal.’”, said Albert Biermann, President and Head of Vehicle Performance Division.

Hyundai however will start its journey in India with the N-Line brand. Consisting of a body kit on the outside, sportier trim on the inside, a louder exhaust and some small adjustments to the dampers, the i20 N-Line will be the first one off the blocks. It will come with Hyundai’s 1.0 turbo and a twin clutch automatic, so there will be a degree of sporty performance.

Question is, will Hyundai bring the full fat 200 plus horse i20 N, the real deal; the one with the upgraded suspension and stiffer chassis? The Hyundai that can take on a Volkswagen GTi and give it a bloody nose. Unfortunately, there’s no clear answer as yet. Hyundai could import a small batch. These will be expensive, but they will be great brand builders and ‘influencers’. It could alternatively part assemble the car here, combining both locally made and imported bits.

Then there’s the third option, something of a halfway house, one that doesn’t really exist yet. Similar in concept to BMW’s M-Performance cars or Ford’s ST line, these cars sit a rung down from the full-blooded M or RS cars. While Hyundai’s N-Performance sub brand actually does exist, it offers only off the shelf replacement parts that are sportier. Stuff like strut braces that help stiffen the chassis, air intake kits that increase power marginally, lighter wheels for improved handling and better calipers and brakes. Add in a chip tune that takes power past 140hp in the case of the 1.0 TGDi engine, offer sportier springs and dampers and put it all together in the factory and Hyundai could in theory sell factory fitted N-Performance cars. And these more affordable cars would work; see BMW, Mercedes, Ford etc, who today all have this in-between rung of ‘nicely warmed up’ cars. And N-Performance versions of Hyundai’s SUVs would work even better and would give Hyundai a leg up over arch-rival Kia. That alone could make it worth all the extra effort and expense. Over to you Hyundai.