The government is set to power-up the second phase of the FAME scheme, but a closer look reveals it might have put the cart before the horse. 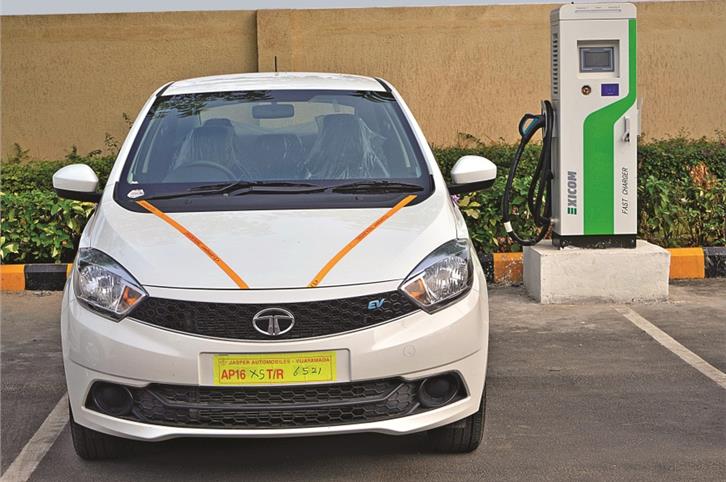 Barely a month before the March 31 expiry of the first phase of the government’s FAME (Faster Adoption and Manufacturing of Electric Vehicles) scheme, which aims to boost the adoption of electric vehicles in the country, the Cabinet gave a green light to its second phase. The first phase, which was approved to go on steam from April 1, 2015, for an initial period of two years, saw multiple extensions.
Now, proposed to be implemented over three years, the phase two of FAME scheme sees an almost 11-fold increase in total allocation to Rs 10,000 crore (FAME I - Rs 895 crore). It also seeks to offer incentives to 15,62,090 vehicles, around five times more than the 2,70,000 vehicles it has supported under the first phase.
A large focus of the scheme clearly is on electric two-wheelers, given that they account for 97 percent of India's EV sales (electric two-wheeler volumes doubled to 54,800 units in 2017-18). Of the total, the government aims to support 10,00,000 electric two-wheelers followed by 5,00,000 electric three-wheelers, 55,000 electric four-wheelers and 7,090 electric buses.
However, on the face of it, the scheme intends to benefit a higher number of vehicles and is armed with more firepower, but looking at the specifics, the scheme doesn’t seem to be as well-rounded as it might originally sound. As things stand, it is likely to fall short of having the intended impact and consequently, the money could even go underutilised. And there are multiple reasons for the same.

Not much for electric car buyers

What's a real downer to FAME II is how it ignores the electric-car buyer. If it's implemented in the way it is proposed, there's no incentive for a car buyer to move to a hybrid or an EV.
In order to get subsidies, electric vehicles sold in India will need to have a minimum range of 140km, a minimum max speed of 70kph and a max battery capacity of 30kWh. The intention behind keeping these criteria quite stringent is to induce EV carmakers to develop models that could be viable alternatives to combustion engine cars. To meet these requirements, the cars will require a higher battery capacity. The catch 22 situation here is that the higher cost of large battery packs could drive ex-factory prices above the Rs 15 lakh threshold to be eligible for benefits under FAME II. Given their specification requirements and price limitations, it seems very difficult for manufacturers to bring electric cars with that travel range, costing below Rs 15 lakh, within three years i.e. the scheme's duration.
The Rs 15 lakh eligibility criterion itself has its own flaws. While the price restriction is to avoid benefits being extended to high-end vehicles, the fact is, most new technologies debut on pricier models. The tech is fine-tuned and eventually, after its cost comes down, make its way onto budget cars. The stipulations under FAME II could, in effect, end up restricting this flow of technology to cheaper cars. It's not just about technology. Without sufficient benefits, carmakers might shy away from launching large electric vehicles, including SUVs. Carmakers just might not see a strong enough business case for a medium to large-sized EV.
Another factor that will discourage car buyers from switching to EVs is keeping private buyers out of the ambit (this wasn't the case with FAME I). Only those cars and three-wheelers used for public transport or commercial transport will be eligible for subsidies. However, privately owned electric two-wheelers are eligible to avail benefits. This doesn't bode too well for buyers, especially when relatively affordable EVs such as the Maruti Suzuki Wagon R EV and the Tata Altroz EV are on the horizon. True, shared electric mobility is expected to have a wider environmental impact by virtue of a public transport vehicle typically covering a larger distance, but in a country like ours in which EV/hybrid adoption is at such as nascent stage, discouraging private buyers will do nothing to hasten the pace of clean vehicle adoption.

All's not smooth-sailing for electric two-wheelers

According to the FAME II notification, "the benefits of incentives will be extended to only those vehicles that are fitted with advance battery, like a Lithium-Ion battery, and other new technology batteries". This is done in an effort to encourage advance technologies. However, electric two-wheelers with a lithium-ion battery only account for a miniscule portion of the total e2Ws sold in India. According to the Society of Manufacturers of Electric Vehicles (SMEV), just 2,163 two-wheelers sold last year were fitted with a lithium-ion battery, translating into just 4 percent of the total.
Furthermore, the criterion for having 50 percent of localisation also poses a challenge for automakers, especially since battery manufacturing is currently not done in India. At the recently held Autocar Professional two-wheeler conclave, industry stakeholders felt that having a high localisation is a chicken-and-egg situation because, unless the volumes come in, the automotive supply chain will be unable to commit to investing.
Two-wheeler makers also felt linking incentives purely to the battery – Rs 10,000 per kWh – will reduce the total subsidies most electric two-wheelers can avail. The fact is, two-wheelers primarily meant for city use typically do not have large batteries.
So, while the second phase of the FAME scheme is surely a step in the right direction, it is not enough. A large part of it looks promising only on paper and the overall scope is actually limited, especially for electric cars. The government will have to relook at a lot of aspects and modify the stipulations wherever required to enable a wider chunk of the automotive industry to meet the criteria.