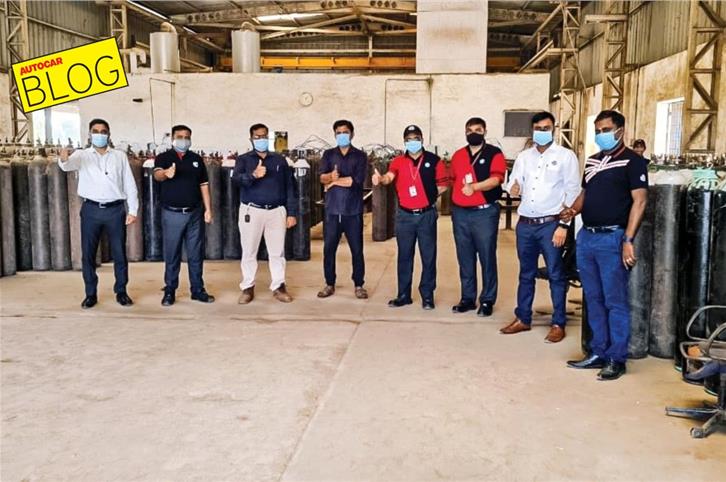 OEMs have responded in individual capacities but an industry-wide effort is needed.

Avik talks about how the auto industry should have, collectively, played a bigger role in contributing to the relief work during the second wave of the pandemic.

As we go through one more phase of the pandemic peak, all across the country, the automobile industry must be pondering on how to balance the immediate needs with the mid-term plans. With many diverting manufacturing capacities to supplying oxygen and allocating funds to making beds available and importing critical interventions, it is a matter of time before sales does take a knock. Though there will be no centralised ‘lockdown’, states will take their own measures and most importantly, consumer sentiment has taken a bigger beating than in 2020.

This wave has hit middle-class India. And it has hit it hard, as almost each of us knows of a near and dear one who is adversely affected. This vehicle-buying segment is no longer cocooned from the vagaries like last year when the migrant, marginal and contract workers were most hit. The middle-class actually believed that the virus was ‘defeated’ and all was getting back to ‘normal’. This panic for vaccines, medicines, beds, oxygen, and basic care was never ever imagined. The entire medical and administrative infrastructure, or lack of it, has been exposed. This trauma will take months to come out of, of having gone through the stress and loss, much more than being asked to work from home and take a pay cut.

The industry leaders who are saying that all that is being produced is being sold are putting up a desperate brave face and spinning a ‘positive’ narrative. They should have rallied together much earlier in combining resources to set up facilities and import critical care components. If the industry can come together to find solutions for its own problems like shipping containers and chips, why does it always have to wait for a prod from the government to take action on bigger issues of national criticality?

The automobile industry should have been proactive in announcing measures and taking action, as a composite, and not as individual firms, early March itself when the indications of another wave were amply clear. But then, the year-end targets took precedence to maintain the narrative of the ‘economic recovery’.

Leadership carries the burden of responsibility. Of walking the talk when things matter most about ‘building the nation, responsibly!’ The responsibility is self-calibrated and imposed and demands action before demanded. Being a member of the industry for decades, it does irk me that there has been no unilateral action plan announced where all automakers leave aside making and selling for building and protecting.

In a few months, when the curve flattens once again, they will be discussing the whens and hows of the Auto Expo 2022. It is a sure showcase of the industry’s prowess with vehicles, technology and solutions. Right now, in the current case of demonstrating collective and co-creative leadership, it is more like ‘auto exposed’!