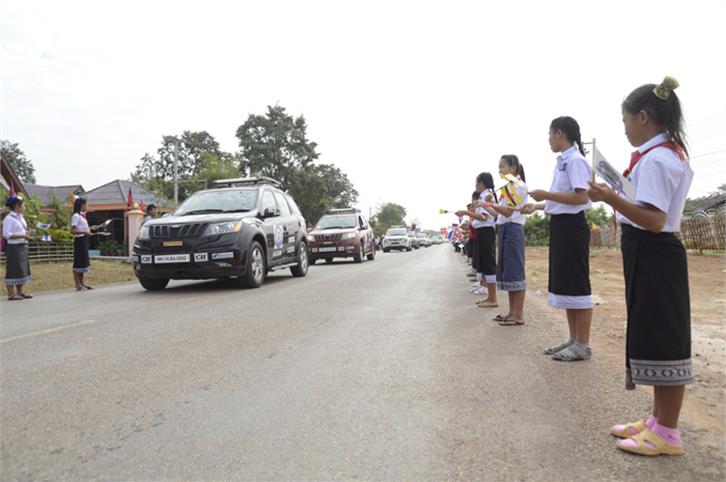 The convoy deals with a leak, arrives at Laos' capital and samples some more sumptuous Indian fare on Day 12 of the rally.

We were scheduled to start at 0645 hours this morning from Savannakhet, but we got a bit delayed. Car 19 had sprung a leak in its coolant system after hitting a dog yesterday. The car was losing coolant, but very slowly – we simply had to be careful and keep topping it up at regular intervals.

The road was good for most parts, and we drove through some rather scenic parts of the country today. It looks and feels surprisingly like the Indian countryside, including a few diversions on to dirt tracks due to road construction works. We reached Laos’ capital Vientiane at about four-thirty in the afternoon. The official flag-in was at the Pha That Luang stupa, a gold-covered Buddhist stupa right in the middle of the city. It is the national symbol of Laos. Post the function, a quick change of shirt and we had to rush for the official dinner hosted for us. Everyone was looking forward to this dinner, since they had promised us Indian food on the menu. Everyone enjoyed the chapatis, dal, mutton curry and gulab jamuns for dinner.