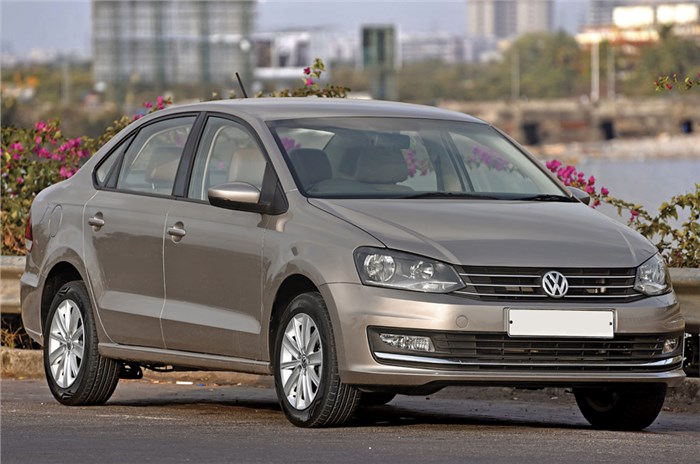 I am planning to buy a new petrol AT sedan in the Rs 11-14 lakh price bracket. I have test-driven the Honda City, the Maruti Suzuki Ciaz, the Volkswagen Vento and the Skoda Rapid. The City has very rich interior and exteriors, full of chrome finishes, but it lacks comfort; even small potholes cause bumping and bouncing at high speeds. The Ciaz has large rear legroom but it isn’t exciting to drive.

The Vento, on the other hand, feels more solid than its rivals and the DSG gearbox is a pleasure to use. The 1.2 TSI is exciting to drive and a sudden tap on the accelerator makes it downshift and get the most torque out of the engine. I found the car to be stable at high speeds and though it lacks some interior features, I’m fine with it as the driver’s seat is the most important thing for me in a car.

I found the Skoda Rapid, with the 1.6 MPI, to be similar in performance but a bit slow. The Rapid drives well within the city and handles small bumps nicely. It also drives okay at highway speeds. I have shortlisted the Volkswagen Vento 1.2 TSI AT (Highline Plus) and the Skoda Rapid 1.6 MPI AT (Style). Which one would you recommend between these two? My driving is going to be within city limits and not more than 5,000km/year.  Also, what about the soon-to-be-launched Hyundai Verna? Is it worth waiting for?
Vinit Dewani, Nashik

AAA The Rapid’s 1.6-litre petrol is an outdated engine and guzzles fuel too. Also, the automatic is old school and, though it’s adequate for the city, it isn’t very responsive and saps engine power. The VW Vento automatic is in a different league and feels generations ahead. The 1.2 TSI engine is smoother, offers better performance and is more fuel efficient too. The DSG gearbox is, again, far superior to the Rapid’s AT. The VW is clearly the one to go for.